When I started riding 11 years ago, cancer was this vague thing that a great uncle once removed may or may not have had and got brought up during family reunions in a whisper…”you know Great Uncle Billy…he had “The Cancer”   you never knew what kind of cancer it was just “The Cancer” and there was always that sad look.

It changed for me over time.  In 2013, I got a call from my father.  He had ‘The Cancer’ and this time it wasn’t just a vague thing.  It had a name….Lung Cancer.  The story was long but also oh, so short.  In 2015 after a reoccurrence and a second battle, I lost my father.  More than who I lost, my family lost an intricle part of who we were.  My step-mother lost her husband of 33 years, my sisters and I lost our father, my son and nephews lost their grandfather and my Aunt and Uncle lost their brother.  We all “lost”

I thought about not riding this year.  Because I had done 10 years and 10 years is a long time.  Last year after my 10th year I made a comment to a friend, “every year I think about not riding, something happens to change my mind.

Well Cancer, which had become my foe, became even more personal for me.  In October 2019, my ‘routine mammogram’ became less routine.  They found something “suspicious”, and on October 14th, I got the call that no one wants to get.  At the age of 41, I was told that I had Invasive Ductal Carcinoma (Breast Cancer).

So what do you do, when you find out you have Cancer?  After the tears, the surgeries, the doctors’ appointments that appear to be never ending.  What do you do?

For me, I decided to ‘saddle up’ and ride again.  Ride for hope, ride for the women and the men and the kids that have lost, who have won, who have fought and who are still fighting.

I ride for me and for others so that they don’t ever have to get the “you have cancer” call.

Please consider donating/volunteering and riding in this wonderful cause.  Thank you. 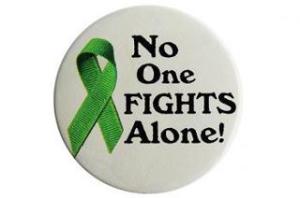