Four years ago my amazing mother beat the odds and officially became cancer free!  It was a long three year battle that took a toll on her and our family, but she never gave up and neither did we.  Cancer research and the development of the miracle drug Keytruda is what saved her life.  She was first diagnosed with a rare form of melanoma in December of 2013, a time in which Keytruda was not even on the market.  In two years, she had several surgeries, went through 7 months of chemo, and was still fighting to beat cancer.  All thanks to the constant research and development of new cancer fighting drugs, Keytruda was finally on the market and my mom was able to become cancer free and healthier than ever.

In honor of my mother, I am dedicating my fundraiser and my ride to her.  She is an inspiration to me and to many others fighting this same battle.  Join me in raising my goal to giving back to cancer research so that more people can experience success stories like my mother. 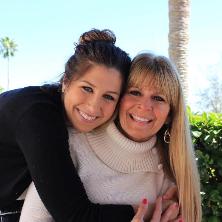