I am riding in Pelotonia for the 11th year in a row to support The James Cancer Hospital and its important mission to fight cancer.  100% of the funds raised directly support cancer research conducted at The James.

I will ride 100 miles on August 3.  I am hopeful my one-year-old daughter will grow up in a cancer free world.  Pelotonia is an integral part of that goal.

John lost his father to cancer in March 2017.  John’s father fought cancer with admirable bravery and dignity.  We ride in his honor each year.  We also ride because we learned first-hand something we already knew—cancer can move quickly and cruelly.  Research for the cure takes time, that time is vital, and research only happens when funded.  I love riding my bike, but Pelotonia is much more than a bike ride, it is a critical fundraiser, which is why I unabashedly make this ask each year.

Finally, I am proud of my mom, Cindy Hilsheimer, who chaired The James Foundation Board in the past, is a member of the Pelotonia Board, and was instrumental in establishing Pelotonia.

Thank you for your continued support. 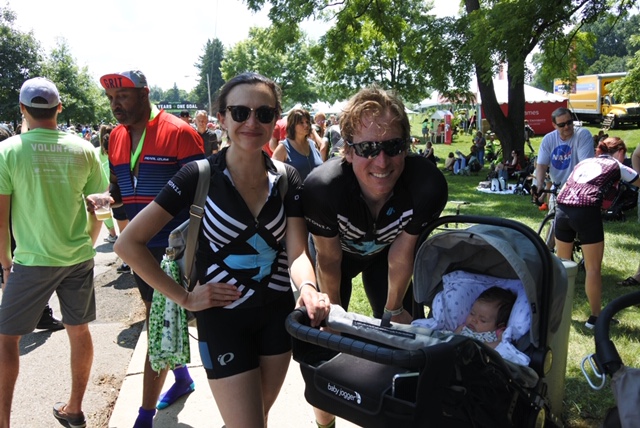