I participated in the inaugural Pelotonia in 2009 with Team Speranza Co-Captain Andy, completing all 180 miles. While I initially signed up for this event as a way to give to the James Cancer Hospital at The Ohio State University, I ended up getting so much more in return. There simply aren't enough words to adequately describe the feeling of raising money, participating in, and finishing Pelotonia. I have ridden many, many miles, but those first 180 miles in 2009 were truly a life changing experience. With Andy's help, in 2010 we organized Team Speranza to encourage more participation in Pelotonia and help others experience this amazing event. We came back stronger with more riders in 2011 and continued our team ways until 2016. As with last year, I'm exciting to be riding for Simply Community again in 2019! I can't wait to see where this Peloton goes! 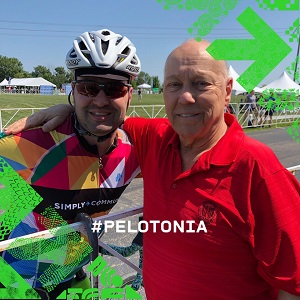