For this year’s August 3rd and 4th ride, I want to remember Tim James - a friend, coach and mentor I had known since I was 10, who we lost to cancer this past February. I don’t know how to explain Tim except that he freaking loved life. His kids Sean, Caitlin and Patrick put his obituary together and its exactly what everyone who knew Tim would expect:

Tim, also known as, "Bad to the Bone", was famous for getting better looking every day. He was widely considered the premier youth soccer coach in NW Ohio throughout the 90's. His advanced tactics included numerous trips to Chuck E. Cheese and the Mighty Ducks Flying V. In Tim's free time he loved biking, tennis, trivia, basketball and any other activity where he could kick your ass. While dominating every single day, Tim truly loved his life, family & friends.

Tim also had more life passions, that I hope you all will have a chance to enjoy much in the same way he did. I wanted to choose a few experiences that I think Tim would have appreciated – as a passionate Ohio State, Cleveland sports and soccer fanatic. So I offer up this year’s raffle packages, in the hopes that you’ll remember Tim James the way that I will while I take on 200 miles on the bike this year. With a smile on my face. Here we go!

Here is what you can win:

I will be drawing the winners on the evening of August 4th after I dominate the final 100 miles back to Columbus, Tim James-style. Thank you all for your consideration. Every dollar you give goes directly to life-saving research at Ohio State. You give the money and win some cool stuff and I’ll wear the spandex and ride the bike. 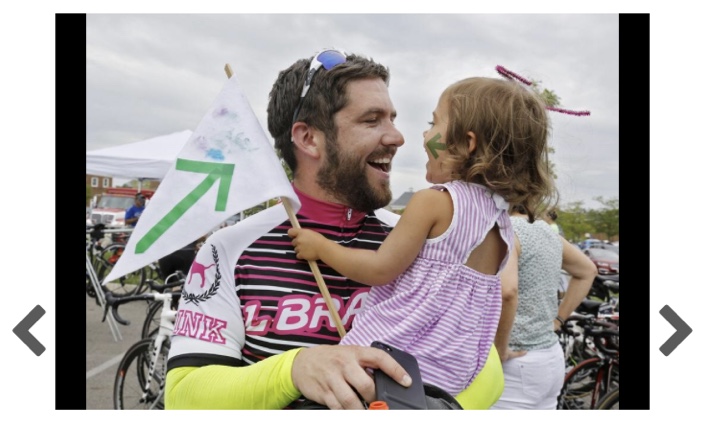